How we reduced Infrastructure cost for Market Group

We lowered Market Groups Infrastructure spending by moving major workload from multiple public clouds to a Openstack based Private Cloud and Baremetal Kubernetes Clusters . Further cost savings were archived with moving from commercial licensed software to Open Source alternatives and the removal of unused or wrong configured resources. 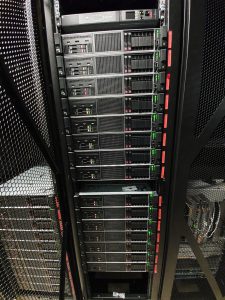 Market Group holds a portfolio of multiple Ad-Tech and E-Commercie Companies such as Supply and Demand Side Platforms, Cost Comparisation Services, Performance Marketing Tools and much more.

The total MRC infrastructure cost for hosting services was a high six digit figure and our journey to reduce it started with moving development and test environments to a dedicated openstack private cloud into a Tier IV Datacenter. After a while the decision was made to also start moving production systems and with this expand the private cloud to multiple regions for HA and Geo requirements.

With the ongoing success of Kubernetes and a new company aquisition the requirement for a large Kubernetes Setup in the US arrised. So we expanded the two US locations by adding 100 AMD EPYC based machines for a big baremetal kubernetes cluster to support the new product which had high bandwidth and cpu requirements. Each cluster provided 3200 real cpu cores and another 25TB of memory, 400TB of NVME storage via rook.io.

The total monthly infrastructure and bandwidth cost was reduced by 60%. The CAPEX for the Hardware paid off already after one year of savings. Elasticity was provided by on-demand scale out to Amazon utilizing the existing DirectConnects.

Read the Case Studies from our Partners for this Project:

This website uses cookies to improve your experience while you navigate through the website. Out of these cookies, the cookies that are categorized as necessary are stored on your browser as they are essential for the working of basic functionalities of the website. We also use third-party cookies that help us analyze and understand how you use this website. These cookies will be stored in your browser only with your consent. You also have the option to opt-out of these cookies. But opting out of some of these cookies may have an effect on your browsing experience.
Necessary Always Enabled
Necessary cookies are absolutely essential for the website to function properly. This category only includes cookies that ensures basic functionalities and security features of the website. These cookies do not store any personal information.
Non-necessary
Any cookies that may not be particularly necessary for the website to function and is used specifically to collect user personal data via analytics, ads, other embedded contents are termed as non-necessary cookies. It is mandatory to procure user consent prior to running these cookies on your website.
SAVE & ACCEPT